Frankfurt am Main/ Madrid, 24. February 2015 – Degussa Goldhandel (Gold Trading) Group is now also represented in Spain. The newly founded subsidiary Degussa Metales Preciosos, S.L. has opened a branch office in Madrid this February. After Zurich and London, this is Degussa’s third
location in Europe outside of Germany.

Consistent with the expansion of Degussa’s international operations has been the appointment of Mr Raphael Scherer to its management board as the new Chief International Officer (CIO) in the summer of 2014. Mr Scherer is charged with the responsibility for taking Degussa into new international markets.

“Degussa Group intends to continue its above average growth rate at an international level“, commented Mr Scherer. “Having achieved market leadership in both Germany and Switzerland, the expansion into Southern Europe was a logical next step. We also consider Madrid to be a potential
springboard into the South American market.” According to Scherer,additional European branches will follow the opening in Spain’s capital. “Moreover, we shall also be targeting locations beyond Europe by opening another branch in Singapore this summer,” said Scherer.

The showroom in Madrid is located in a prestigious site in the city, directly by Retiro-Park, Calle de Velázquez 2. With approximately 400 square metres of floor space it is also one of the largest Degussa showrooms. Customers are offered classic Degussa bullion bars in gold, silver, platinum,
palladium and rhodium as well as collector and bullion coins from all over the world. In addition, Degussa-produced gift products play a prominent role in the Madrid showroom with a separated area provided for these items. A new furnishing concept has been developed which will from March this year provide jewellery, watches, and other gifts items made of high purity gold and silver.

“For Degussa, being a reputable trader of precious metals, we see great potential in the Spanish market – on the sales side as well as on the purchasing side”, explained Jens Weidenbach, Director of the Madrid location. “The top location of our showroom emphasises our intention to also become the market leader in the Spanish gold market. Furthermore, we see potentially high demand for quality “emotion” products combining both jewellery and investment appeal.”

In addition to the local Director, Degussa has employed a four expert staff who are on hand to customers in Madrid to provide answers about precious metals in a private banking-type environment. Degussa’s multi-awards winning scrap purchase facility will also have a separate area. Finally, the
possibility to keep products in safe-deposit lockers completes the wide range of services available.

Degussa already offers its products and a services in eight German major cities and since August 2014 also owns a precious metals refinery in Pforzheim. 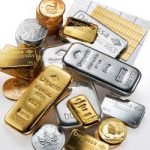